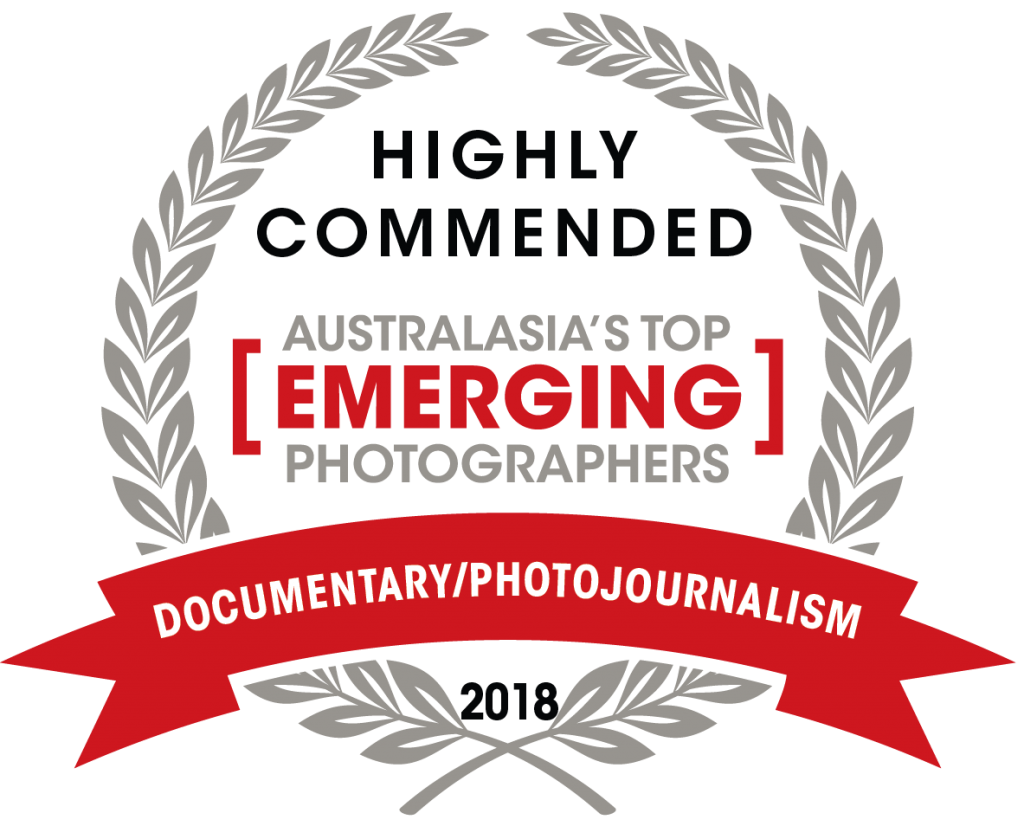 Walking through the back streets of Georgetown in Penang I came across a Taoist ritual running late in the night. After standing back, one of the drummers saw I was taking photos, ran to me, and dragged me into the temple to be closer to the ceremony.
Up close I saw the querent asking the gods for direction by throwing the jiaobei rocks into the air and reading their meaning.
The gods were unhappy that night as their answers were met with grim faces by the witnesses throw upon throw upon throw 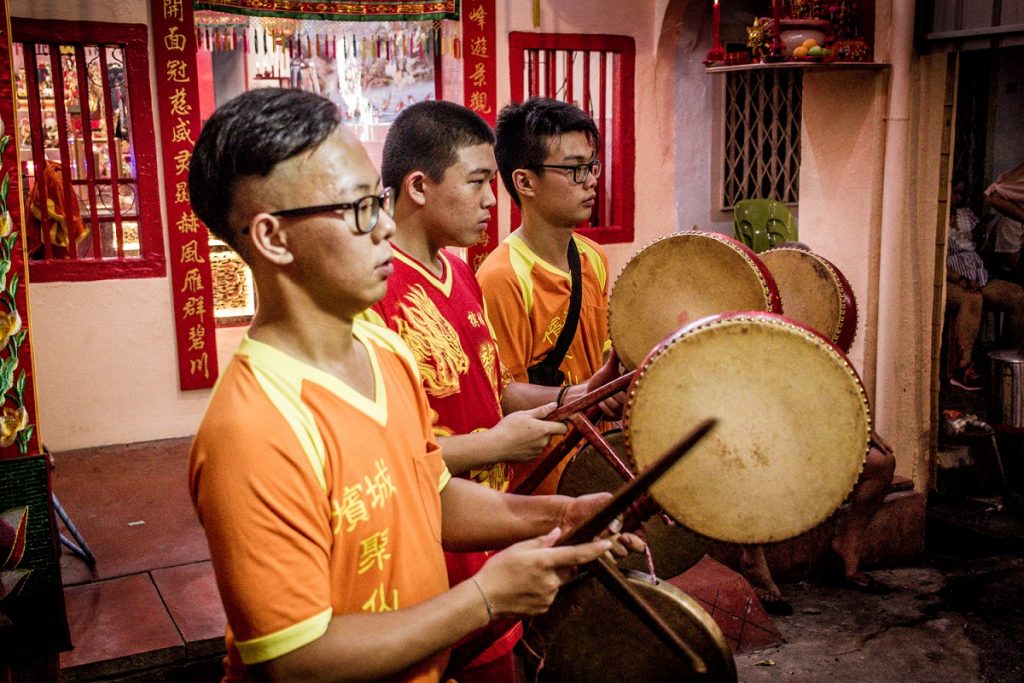 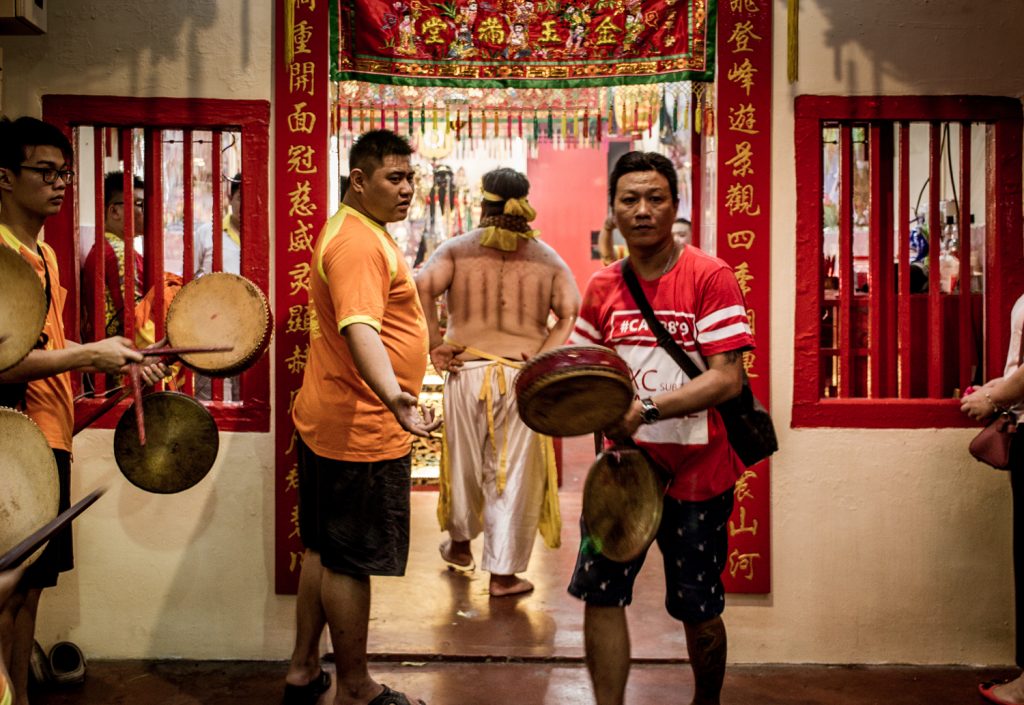 Looking through the temple door at the querent returning to the shrines before asking the gods for direction. The drummer in the red shirt became my guide for the ceremony 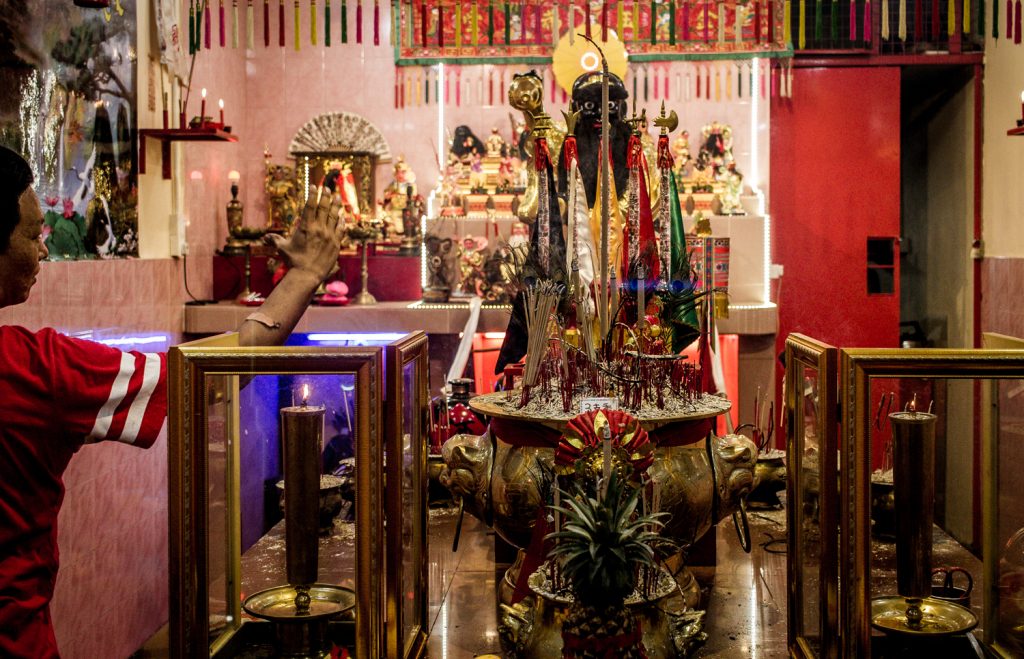 Part of the shrine with my guide pointing to the statues of the gods. The room was filled with candles, incense and fruit. The sweet smell of the smoke stayed on me long into the night 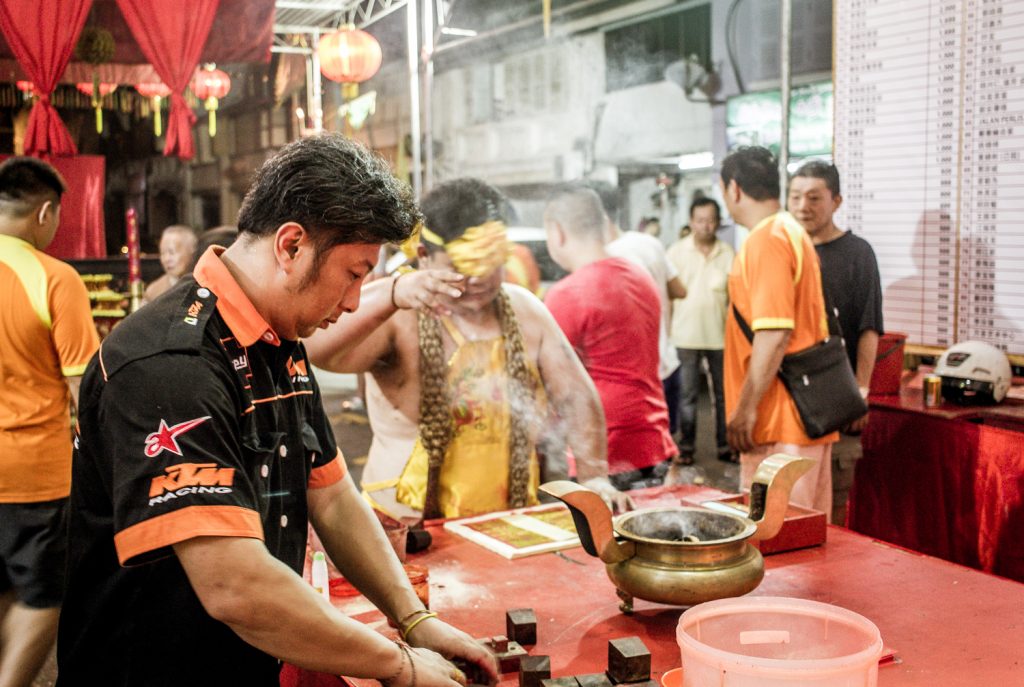 A devotee preparing the wooden blocks and the jiaobei rocks for the querent to contact the gods. I was encouraged to stand at the end of the table to get my photos. Even with all the colour and movement at this point the crowd was not paying any attention to the ceremony or to me 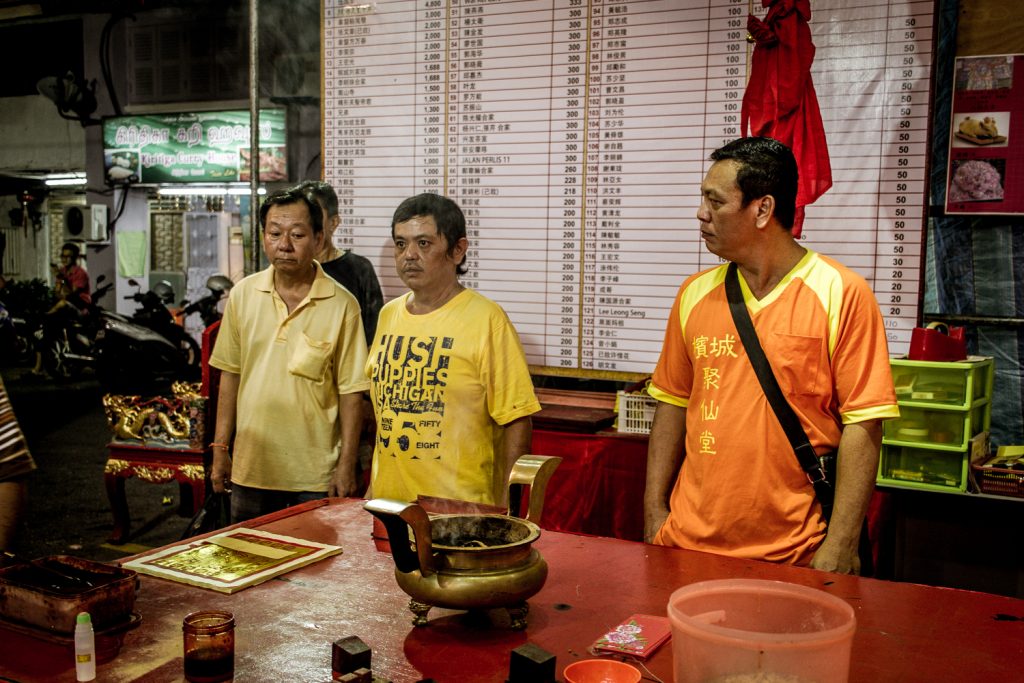 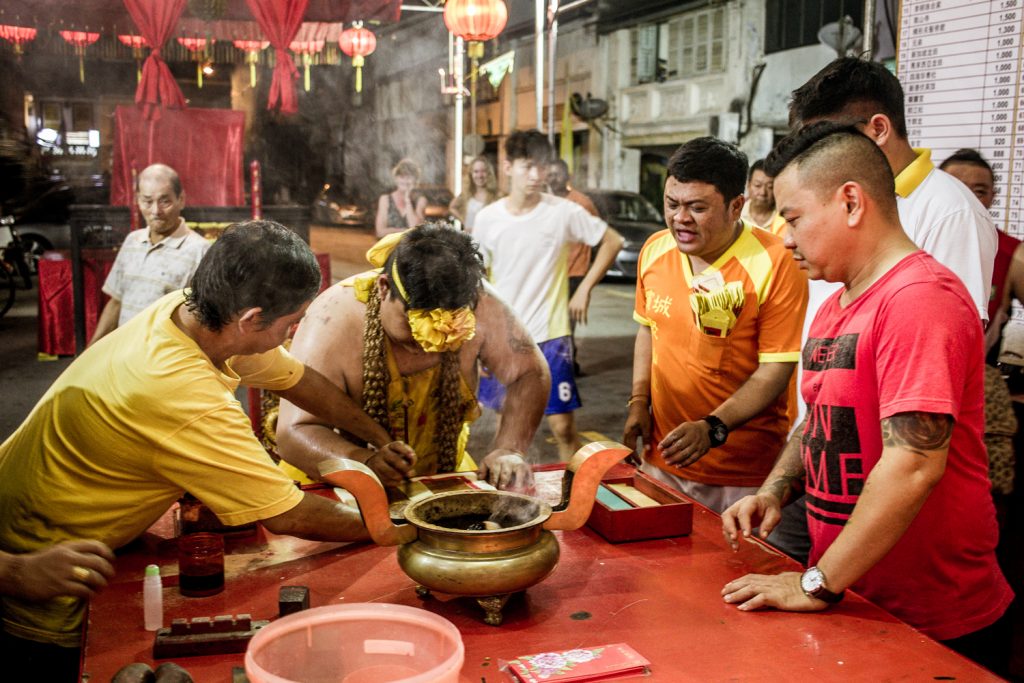 The first answer is displayed as the jiaobei rocks land and their meaning is read to the crowd. The rocks are thrown three times to ensure their result is accurate 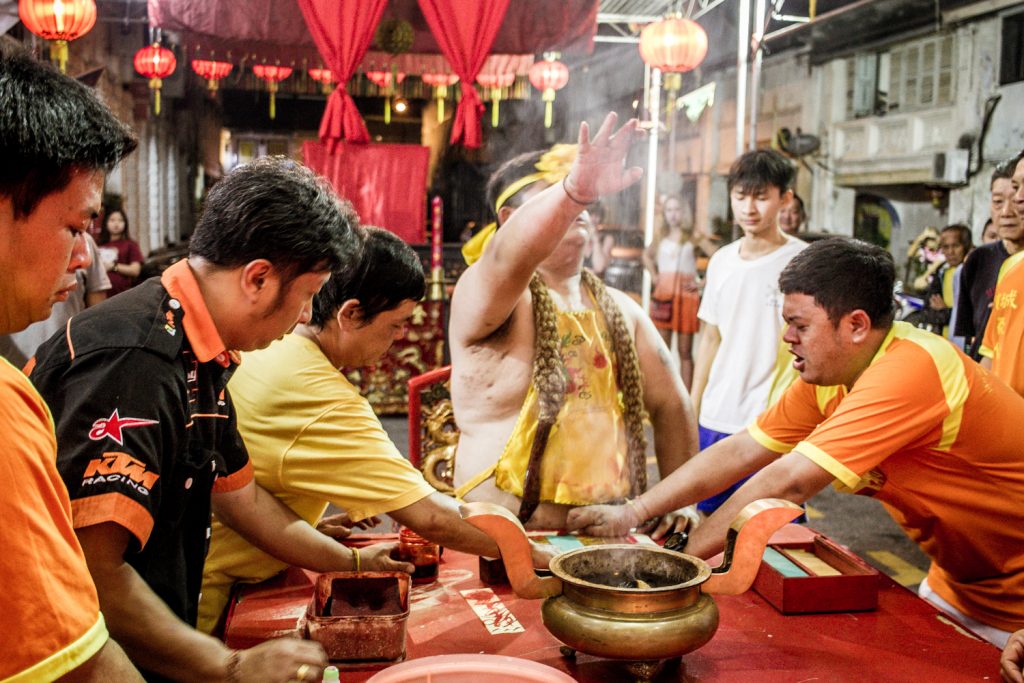 The jiaobei rocks fall in the right sequence and the question has been answered by the gods. Witnesses on both sides help record the outcome on the tablets in front of the querent 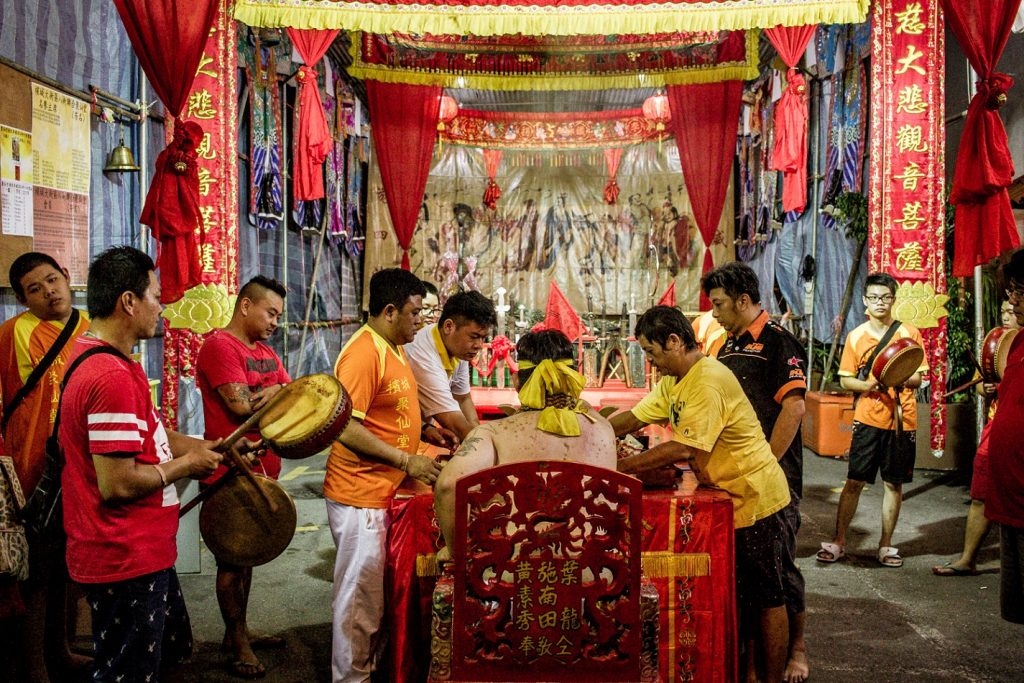 After completing his duties the querent sits as the drums stop and the witnesses take care of marking the outcomes on paper. The answers from the gods were not what the witnesses wanted and the mood was sombre